Anne Clark @ The Voice Of Cassandre 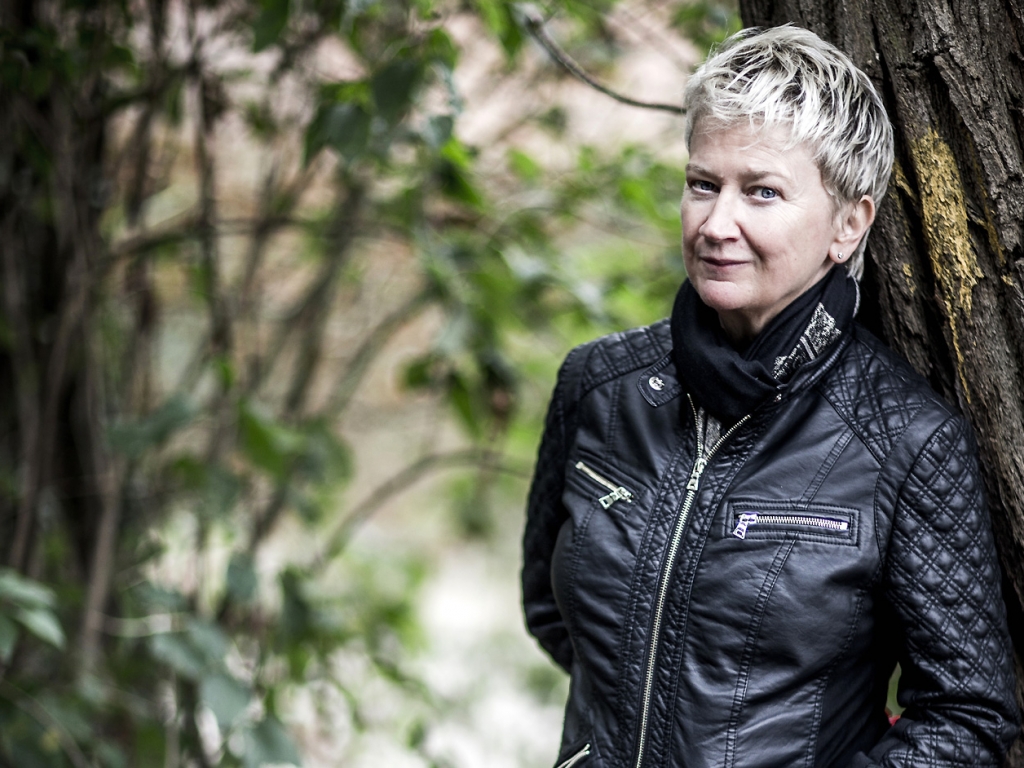 I’m 15 or 16 years old and being told by my teachers that I am and will always be nothing with my “attitude”. Who the hell do I think I am – wanting to become a writer or an actress?!

Like a gift to me, straight out the air, at my Saturday job selling records at the tiny independent Bonapartes store my body, mind and soul explode with energy on hearing this insane don’t-fuck-with-me song! This poetry! The words, The chant, the defiance, all send my head and life spinning with all its  optimism, all the possibility…just the start of all that was to come from the unstoppable wave that was Punk Rock in the mid to late 1970s!

The Man Who Sold The World – David Bowie

Again, I am 14 or 15 years old. My school, a “good” school,  where I was sent for the reason I excelled at certain subjects…. more than an hour’s bus drive away through the suburbs of South London, up the steep green hills of Coulsdon Downs, past the vast imposing 19th century creepy castles of the many  Lunatic Asylums that were built on the edge of London by the Victorians for the mentally ill, the lost, the unconventional…

As part of our Social Studies classes we would get  the opportunity of visiting and “helping out” one or two days a month at Cane Hill Hospital. Without doubt these were the most important lessons of my entire education.

It was 1974/75 … and when we boys and girls skipped school, as we occasionally did and would find our way into the churchyard of Chaldon Church to discover drink, drugs, sex, talk would inevitably bring up the subject that our Hero of Heroes – David Bowie’s brother was a patient at Cane Hill. His album The Man Who Sold The World was his interpretation of his experiences and visits to his brother there. Such a deep and profound album and somehow “our” album also.

Apart from the darkness of the material the title track was then and has remained to this day one of my favourite ever “pop” songs. That unique, mystical, almost eastern guitar, the almost latin bass line, the latin güro.  Timeless and wonderful. Surely the start of my curiosity of blending latin and eastern influences into my own work.

The whole world is in this song.

Not only am I in love with the purity of Marco Beasley’s voice and the theatricality of his performance and storytelling but am equally in love and in awe of the timelessness of this masterpiece, written by Stefano Landi who lived between 1587-1639. What an energy!! Again, a timeless piece.

L’Arpeggiata have to be one of the most amazing music ensembles in the world!

Back to the passion of “poetry” again! Has there ever been a greater story-teller, a more passionate interpreter of human struggles, excesses, fragilities and losses of life and love than the master – Jacques Brel?

I first heard his work sung in French as a child at the home in Belgium of my oldest family friends. Even though I could not understand the majority of the words, the passion and expression, the desperation of his performance touched me so deeply. Then of course came the covers of his songs in English by Scott Walker, Alex Harvey, David Bowie etc …. and this, from the musical Jacques Brel Is Alive And Well And Living In Paris ….. if only he were!

From the early work of Tangerine Dream, Tyndall, Kraftwerk etc to the present material of Nils Frahm – I am taken to a dimension of exhilaration by the pilots of German electronic music. Flying, swooping, climbing, diving.

HOW can machines infuse every cell of my being with such a fundamental, basic ecstasy?

Every joy, every pain, physical and emotional is in there.

The world falls away and becomes something else, safe and beyond all reach in these sounds! Yet somehow always on a precipice

This is God speaking through music!

And then comes the need – always – to strip it all down. To take everything back to its rawest, purest essence.

Derek Gripper has taken material originally written for the 21 stringed Malian Kora and arranged it for Classical guitar. The results are simply breathtaking and mesmerising. Such joy!

From the US to the UK, to Italy, to Belgium, to Germany, to Africa, to Portugal …. A world of amazing music.

What captures the magic of Portugal for me more than this beautiful beautiful song! Such a huge part of me is linked to Portugal and the Portuguese people and so much else there besides.

Passionate and introverted – a unique place. A unique people. A unique anthem.

Jazz!! What a labyrinth!! What a world to enter!

I am no dancer but I just CANNOT keep from moving to this incredible track, even if I try! The slow slow build up until you just have to burst out of yourself with all these incredible rhythms! And what drums and drumming. Holy Moly. If you don’t have a fitness programme just turn this up up up and let go!

The Malian Kora. Is there any more beautiful sound than this?

The 1960s…..My childhood….Summers of Love….although I don’t remember them, and the story of these beautiful singers and their songs isn’t one of total love either….

However, this song is SO beautiful. It captures so many elements….February walks, California sun and yes, memories of a carefree childhood.

The early seventies and my voyage into and love of music went in every direction.

While the likes of James Taylor, Carole King, Joni Mitchell, Leonard Cohen and Bob Dylan were the famous songwriting names of the time, this dishevelled, unique and troubled troubadour took my attention and devotion. His take on folk, jazz and rock was like nothing else. And that voice!!

Quite simply, sometimes there is pain so huge we have to go through in this life, that music is the ONLY solution. I think this epic 18 minute + piece is the ultimate cure and companion. Ouch!